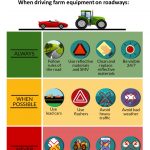 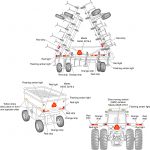 With room to add your own logo Where does the lighting and marking go game?  (Game board and pieces)

“Farm vehicle accidents could be reduced by more than half.”  Feedstuffs Magazine, Bloomington, MN. October 24th, 2016